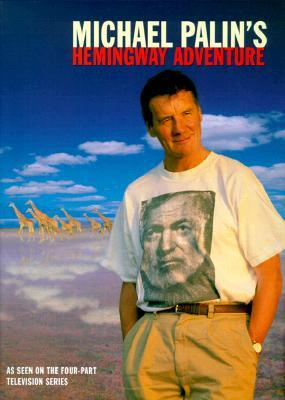 One hundred years after the birth of Ernest Hemingway, Michael Palin sets out to discover the man behind the legend: a hard-drinking womanizer who liked cats and shooting -- but wrote like a dream and left an idelible impression on the twentieth century through his work.

Fueled by intensive reading for his bestselling novel, Hemingway's Chair, and, as always, driven by a desire to discover new places, Michael Palin attempts to put himself into Hemingway's world. The past and the present intertwine, sometimes to startling effect, as Michael travels from Chicago to the forests and lakes of north Michigan, and from the First World War battlefields in Italy to Paris and Spain, where he pauses to learn about the art of bullfighting and to experience Pamplona during the feria and the infamous running of the bulls.

He visits Venice at Carnival time, and samples the infectious madness of the unique Fallas festival in Valencia with its burning effigies and ear-splitting fireworks. Hemingway's wanderlust draws Michael to the island of Key West in Florida, once unspoilt, but where the Hemingway industry now flourishes and a look-alike competition is the high point of the centenary celebrations. It takes him fishing in the Gulf Stream, on safari in Africa -- where shooting wild animals once meant guns not cameras -- and on to the Big Country of Montana and Wyoming, where the world-famous author escaped from the pressures of fame.

In each location, Basil Pao's evocative photographs capture the mood and local color, and site Michael securely in Hemingway's world. The text is a wonderful exploration of period and place, full of wit and humor, and gives us a fascinating insight into the extraordinary mind and constant, restless perambulations of one of the twentieth-century's greatest, most colorful legends.